Another version of JMetro has just been released. This time version 5.3. With this version a few new styles were added for controls that didn’t have them yet. Also some older styles were tweaked and some bugs were fixed.

I’ll also show some of the big companies that are using JMetro. Names like Google, Amazon, etc.

Here are the styles that were added:

Next, I’ll go into more detail about this version.

Last week, out of curiosity, I checked out Bintray live stats. It was something I had never looked at and I was curious to know who was using JMetro. Basically this feature of Bintray lets you know the organizations that have downloaded your library in the recent past.

To my astonishment, names like Microsoft, Amazon, Google, Huawei, Vodafone popped out ?. And these were just the most recent logs. 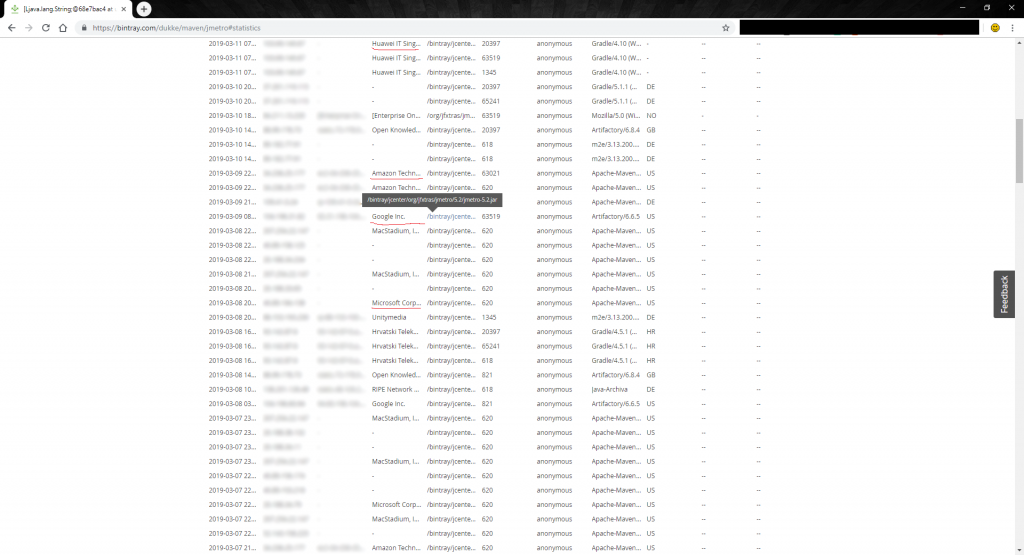 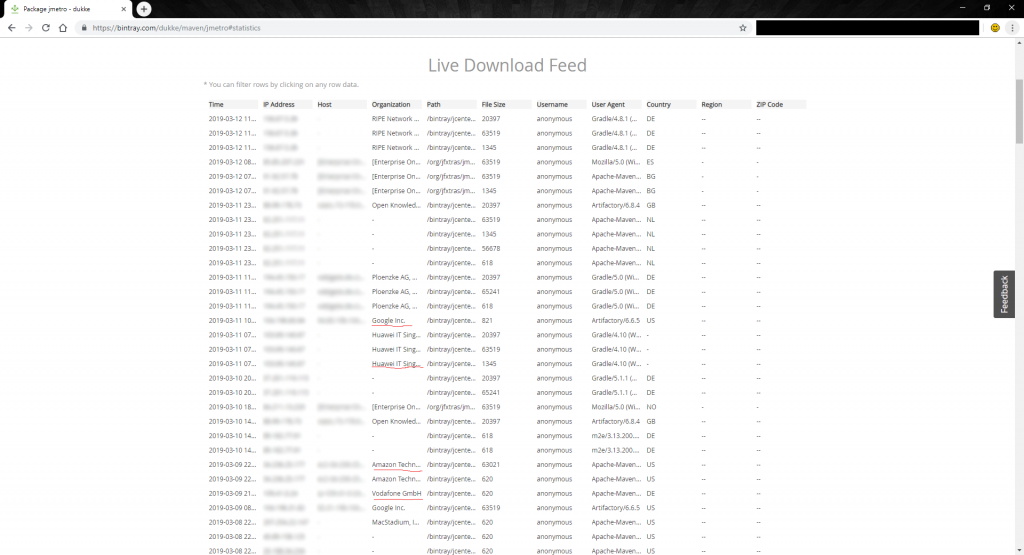 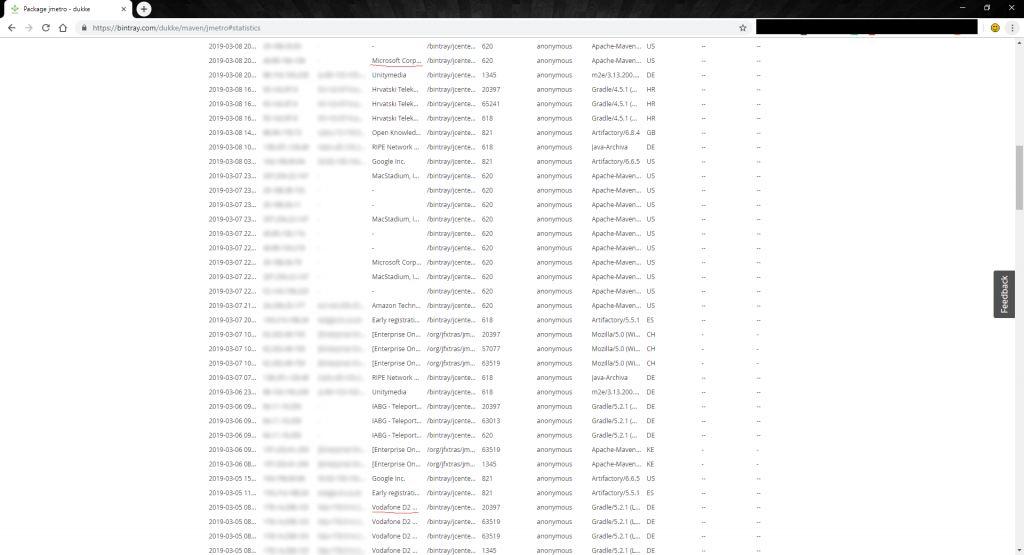 (Click image to show at a bigger size)
They could even be using it for private applications or just playing around with it. Can’t really know for sure until some project becomes public. But still, if that’s the case, it’s still quite amazing, that so many big companies pop up on just the most recent logs.
And I’d say it’s probable that amongst all these downloads from these companies, some of them go towards real production use cases.

Following are images of the new Tree Table View dark and light style. These are also styles that aren’t yet defined in Fluent Design. They have been made to be in harmony with the rest of the Fluent Design inspired control styles.

The MenuButton now also has a JMetro style. First the default Modena style:

And the new JMetro styles:

New styles for hyperlinks have also been added.

The default Modena style, doesn’t show the hyperlink as underline when the mouse isn’t hover it (only if has already been clicked). I believe hyperlinks should always be underlined as users have grown accustomed to underlined, colored text, signifying it’s a hyperlink button.

And the JavaFX dark and light JMetro styles:

Here’s a couple other improvements:

For this release I’d like to thank Pavel Erokhin (MairwunNx – check out his projects) again, he’s done a good work helping out with this release.

Coming next, a few enhancements are already on the pipeline, so keep checking me on twitter and this blog.

Have a great week ?.